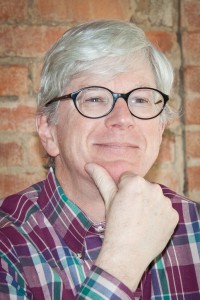 I was born in Mississippi in 1956 and have been engaged in private law practice since graduation from Harvard Law School in 1982.

With two other KHH attorneys with whom I shared a common major client, in 1990 I moved to the downtown Fort Worth office of Jackson & Walker (JW) as a partner in its corporate law section.

In 1994 -- when both of our children were preschoolers and I had 12 years at “Texas BigLaw Firms” experience -- I struck out on my own, and began practice as a solo practitioner at The Robinson Law Firm, opening the office in downtown Fort Worth just two blocks from JW so I could continue to provide legal services for clients I had worked with first at KHH and later at JW.

Becoming the owner of my own law firm -- adding “business owner and manager” to “law practitioner” -- was a reasoned and sensible approach to the problem of putting family life ahead of professional career but also a leap of faith and perhaps a jump of hope.

Happily, I had my wife Judy to support the decision and to join the firm later (she graduated Georgetown University Law Center in 1982). Today the firm is a partnership named Robinson & Robinson LLP.

And now that our own two children and our unofficially adopted daughter from Swaziland are adults, Judy and I are making some changes at our business.

After 16 years at the same location, our office in 2010 moved from downtown Fort Worth to Magnolia Avenue, in the Near Southside District of Fort Worth and within walking distance of our home -- just two miles from downtown as measured by geography but more informal and “Cowtown” than downtown, a distinctly Fort Worth experience extolled nationally for its preservation and redevelopment of historic structures and its renown locally-owned, independent restaurants and arts scene.

I began my law practice in 1982 working a the corporate law department of a “BigLaw” firm and, more or less, my practice still centers on counseling clients about business matters, particularly business formations and operations, business acquisitions and dispositions, capital raising by privately owned (nonpublic) companies, negotiated resolution (as contrasted with adjudication) of commercial disputes and business divorces, and other negotiated transactional matters.

After these many years of practice, I find myself more and more focusing on two broad paths in advising clients:

at the beginning of a common business endeavor, organizing not only to achieve the business goals but also to establish reasonable means to mitigate the risks of serious future legal problems, including conflicts among owners; and

at the end of a common business endeavor, unraveling the competing strands of equity and debt owners to find resolution OUTSIDE of costly, destructive litigation.

Belhaven College, Jackson, Mississippi
Bachelor of Science in Accounting, 1979
Bachelor of Arts in History and Latin, 1978 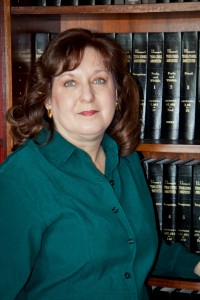 I was born and raised in Detroit, Michigan. I attended Wayne State University in Detroit for two years before transferring to University of Michigan in Ann Arbor. After graduating from U of M with an A.B. in Economics, I moved to Washington, DC to attend Georgetown University Law Center. Between my second and third years of law school, I worked as a summer intern at Hughes & Hill (later Hughes & Luce and now K&L Gates) in Dallas. During that summer I fell in love with Texas and decided to move here after graduation.

My law career began as a real estate associate at Hughes & Hill during the real estate boom of the early 1980’s, primarily handling acquisitions. When I moved to Kelly Hart & Hallman in Fort Worth a few years later, my practice expanded to include construction contracts and general contract work in addition to real estate work.

I took a hiatus from practicing law when my husband and I decided to start a family. Later, at the time that my children started attending pre-school, I went back to Kelly Hart & Hallman as a part-time real estate associate. After my husband started his own law firm, I joined him. I handled the administration of the law firm and also practiced law part-time.

Today, I continue to handle the administration and management of our law firm while maintaining my law practice of real estate and general business law.